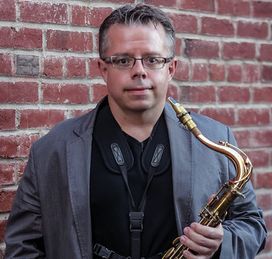 Steve Torok has performed with Stevie Wonder, Usher, The Temptations, Adam Levine, Jamey Johnson, Four Tops, Sheila E, Barry Manilow, Mary Wilson of the Supremes, O'Jays, Whispers, Brian Bromberg, Pete Escovedo, Dan Siegel, Taj Mahal, Toni Tennille, Tony Orlando, Bob Florence, and many others. His saxophone playing or arrangements have been featured on numerous national recordings including the hit TV shows The Voiceand American Idol.He has written and recorded commercial jingles that have aired throughout the United States and for worldwide audiences of CNN International. Notable artists including trombonist Fred Wesley, saxophonists Ernie Watts, Tom Scott, and Kenny G, guitarist Mike Stern, bassist Brian Bromberg, and vocalist Carmen Bradford have performed his arrangements. His work as a composer and soloist is featured on the contemporary jazz CDs Point of View (1998), and This Is Gospel: Inspirational Jazz(2001). Steve created original music for a concert length dance work entitled A-Scent Between Stream and Consciousness in 2014, which was revised and restaged in 2018. In 2017 Steve adapted and arranged the music of Prince for the modern dance work Prince 2 Prince. His most recent recording, Eye to Eye, co-produced by Dan Siegel, represents a funky array of Steve’s works: original tunes, arrangements of standards, new jazz arrangements of Star Wars music (originally conceived and premiered live for Lucasfilm, Ltd.), and music with elephant percussionists. Eye to Eye is a Global Music Award Winner for both composition and originality/creativity. The recording has been featured on San Diego’s Jazz 88.3, international Star Wars podcast Coffee with Kenobi, and positively reviewed by JAZZed Magazine, and the websitesJazz Corner, No Depression, and AXS. Steve was also profiled with a feature article in the San Diego Union-Tribune.

Steve is an award winning jazz educator and a faculty member at MiraCosta College in Oceanside, CA, where he teaches saxophone, improvisation, music theory, history, and directs both MOJO (MiraCosta Oceanside Jazz Orchestra) and the Jazz Collective.  His bands have received numerous awards and honors. In June 2017 the premiere jazz publication Downbeat named MOJO the Large Jazz Ensemble Winneramong community college bands in the nation-wide Downbeat Student Music Awards.Additionally, the Jazz Collective received a 2017 Downbeat Student Music Awardfor Outstanding Small Jazz Combo Performance. MOJO also received 2015, 2016, and 2018 Downbeat Student Music Awards for Outstanding Large Jazz Ensemble Performance.MOJO has received official letters of commendation from both the United States Congress and the California Legislature. Steve was selected as a clinician and MOJO a featured performer for the 2017 and 2015 JEN (Jazz Education Network) Conferences in New Orleans and San Diego. Steve and the Jazz Collective have been invited to present and perform at the 2019 JEN Conference in Reno. Steve was also a presenter at the 2018 national College Music Society conference in Vancouver, and has been invited to present at the international conference in Belgium in 2019. Steve was recently selected as a visiting professor for the prestigious Study Abroad Program, and will be teaching in London in fall of 2019.

Steve holds a BFA in saxophone performance from Carnegie Mellon University, an MM in Jazz Studies from the University of Southern California, and has achieved ABD status in the music education doctoral program at Boston University. Steve is a proud to be a Ligaphone artist and uses Ligaphone reeds and ligatures. 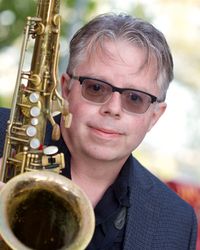 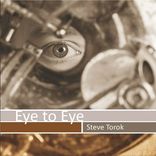 Check out samples of the tracks.